This past weekend at a social event Living Energy Events and Productions substituted a combination of projection screens and LCD monitors for a 12×6 LED screen. The dynamic centerpiece was an impressive visual that defined the stage set delivering incredible ROI for the value when compared to alternative video displays. When used in conjunction with an intelligent lighting display, the visuals create an environment similar to the top tier concert productions that today’s sophisticated clientele are expecting.

The costs for an LED Screen has been falling the past 12 months and it is worth considering when compared to other visuals and décor options. The versatility of video applications allow the technology to be used in a wide range of applications. At corporate meetings and events we use the screens in traditional video playback mode for prepared videos such as power point, slide shows, character profiles, sponsorship logos and auction status updates. At social events they draw attention for photo montages, introduction videos, dance floor visuals, and thematic visuals.

An LED screen offers several functional advantages beginning with they require zero throw distance regardless the size of the screen. You do not lose valuable real estate by setting a projector far behind or in front of the screen. Second, the power requirements are generally far less than high powered projectors that would be needed to produce similar images at the equal brightness. Lastly, at higher brightness, the images are never diminished by ambient lighting or stage lights. This is the same technology used on newer outdoor billboards that are 100% visible in the sunshine. You could never accomplish that visibility with any size projector! As a reference, the photo below was taken during the afternoon when the sun was still coming through the exposed windows. The screen was set to roughly 50% of it’s maximum brightness.

Contact our staff to learn how Living Energy’s technologists can utilize an LED Screen at your event. We will be happy to make sure your production delivers the impressionable results your clients and guests expect. 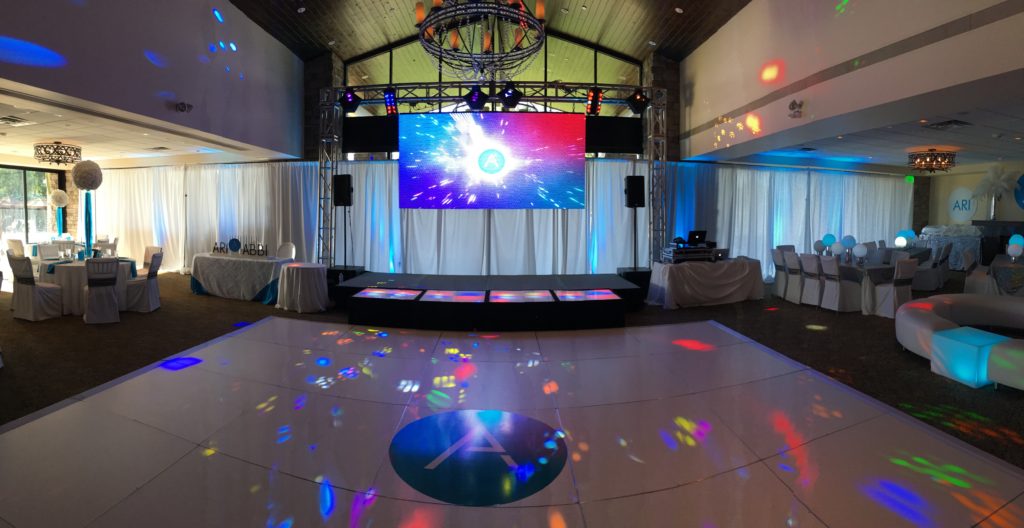